Brandenburg Cathedral is situated on an island between the lake Beetzsee and the River Havel. The architectural ensemble consisting of the Cathedral, the conclave, the Curia and adjoining buildings continues to characterise the so-called Cathedral Island, the oldest part of the painstakingly restored city of Brandenburg. It was here that King Otto I founded the Diocese of Brandenburg in the year 948. Construction of today’s cathedral began in the mid- 12th century. Around the middle of the 15th century its Gothic reconstruction was complete. The origins of the precious artwork range from the Middle Ages to the 20th century. 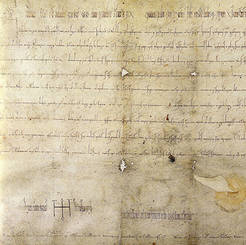 Foundation charter for the Diocese Brandenburg Magdeburg from 1 October 948

In the year 948 King Otto I founded the diocese for the Slavic mission. The attempted mission failed in the year 983. 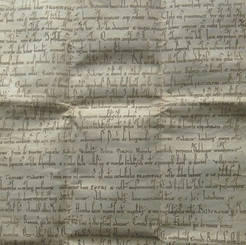 The foundation of the Cathedral Chapter marks the reinstitution of the diocese. Four years later the cathedral is erected. 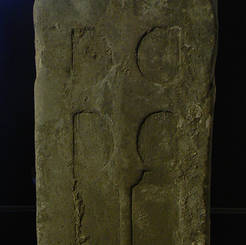 The stele was discovered in the Petri Chapel and is considered to be one of the earliest items documenting Christianity in Brandenburg. 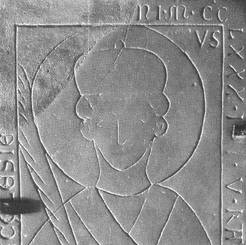 The oldest gravestone today stands in the northern transept. The halo indicates the significance of the deceased. 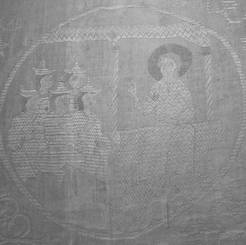 Twelve-year-old Jesus preaching in the temple, Lenten veil, around 1290

The Brandenburg Lenten veil is the pride of the Cathedral Museum. On a surface of nine square metres it tells the life story of Christ. 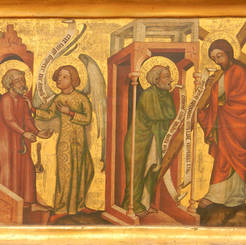 Bohemian altar around 1380 from the life of Petri

The Bohemian altar originates from the time in which Bohemian King Karl IV became Margrave of Brandenburg. 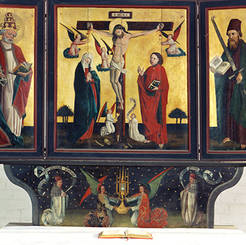 The altar shows a crucifixion group in the middle and the two cathedral patrons on the wings. 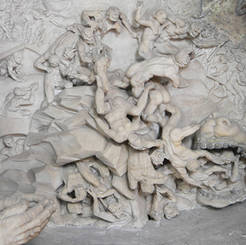 The epitaph from the workshop of Magdeburg artist Christoph Dehne is a masterpiece of Mannerism. 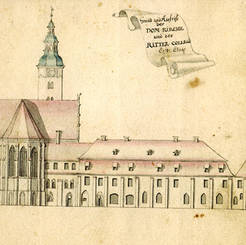 View and floorplan of the cathedral, around 1705 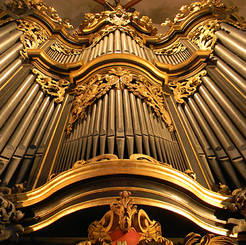 The Cathedral organ was created by the organ builder Joachim Wagner

The organ was intoned in 1725. It is one of the few organs by Wagner to have been preserved in its original state. 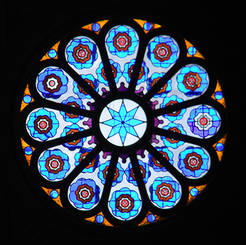 Stained-glass rose window in the Cathedral’s western portal, first half of the 19th century

The rose window can be traced back to a design by Karl Friedrich Schinkel, who restored the Cathedral between 1833 and 1836. 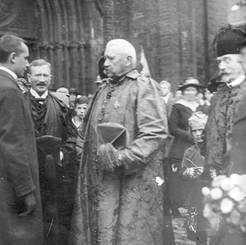 In 1920 Paul von Hindenburg became Cathedral Dean. When he later became President of the German Reich he kept the post but allowed someone to act in his place. 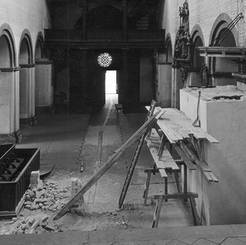 On the right-hand side the boarded up pulpit can be seen. The anti-aircraft defence systems enabled the cathedral to remain virtually undamaged throughout the war. 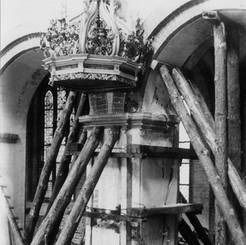 Reinforced pulpit pillar in the nave of the cathedral, 1963

To mark the occasion of the 800th anniversary of the laying of the foundations, the structure of the arcade pillars was reinforced. 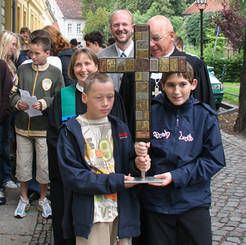 Procession from the Cathedral to the newly opened Cathedral Grammar School

In 2006 the Cathedral Grammar School was opened. The nursery school, primary school and grammar school altogether house around 800 children. 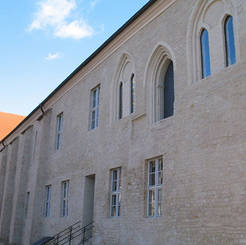 The refurbishment of the northern enclosure was completed in 2009. During the work, Gothic paintings were uncovered on the upper floor. 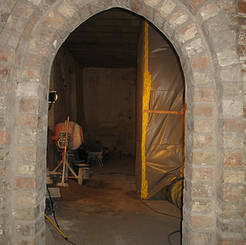 Doorway to the building site

The refurbishment and maintenance of the building’s fabric and its artworks count among the most crucial undertakings of the Cathedral Foundation.